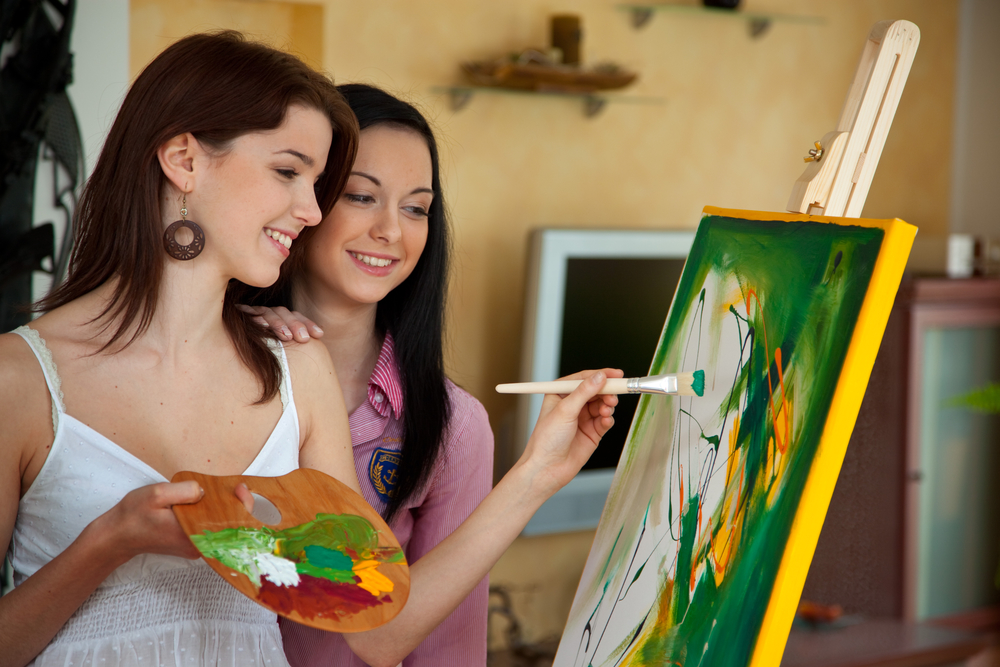 Why Throw a Clean Bachelorette Party?

Are you wondering what type of bachelorette party to throw?  One of the things that we try to stress to people planning bachelorette or bachelor parties is that the party is supposed to celebrate the person getting married.  That means that you need to envision the bride’s perfect bachelorette party and put aside your own expectations about what a great bachelorette party would mean.  For some maids-of-honor, this means putting aside personal squeamishness and planning a raunch fest for the bride-to-be.  However, for other party planners, it means shelving the images of strippers and body shots for a later date.  There are a number of reasons that the bride might prefer a clean bachelorette party.  One of the big reasons we hear is that the bride’s personal religious beliefs would keep her from enjoying a traditional bachelorette party.  However, even if the bride does not have particularly strong religious beliefs, she might still object to a dirty bachelorette party.  Some women are simply uncomfortable around sexually explicit themes.  Other women want to be able to invite family members to the party, but would be uncomfortable with having sexually explicit themes around those guests.  Whatever the bride’s reasoning, we want to stress that you should respect it.  Because the party is about the bride, not about you, you do not want to “surprise” a bride who has asked for a clean party with a naughty party; if you do, the best case scenario is you end up with an upset bride.

What we do in this guide is take a middle-of-the-road approach.  Some of our ideas will include alcohol or at least the option to have alcohol available.  However, none of our idea will include anything that promotes excessive alcohol consumption (like drinking games).  Except for visiting a winery, all of the activities can be done as alcohol-free events.  If there is a reason that you want the party to be dry, for example, a bride or party guests that are in recovery or object to alcohol for religious reasons, then any of our other activities will work well as dry activities.

Brunch is a great bachelorette party activity and the setting virtually guarantees a clean party.  You can choose one of your city’s best brunch locations and pitch in for the bride’s meal for an affordable brunch meal, but do not be scared to think outside of the brunch box.  You can also have a nice brunch as someone’s home, with people bringing potluck dishes.  The great thing about a potluck brunch is that you can incorporate it with other bachelorette party/ bridal shower games and activities, and spend more time socializing than you might be able to at a regular brunch venue.  You might also look into booking a party room at your favorite brunch place.  Brunches work whether you want to include drinks or not; many brunches offer bottomless breakfast drinks, like mimosas, but there is nothing that says the members of your party have to drink.

A great, clean, inexpensive bachelorette party idea is the movie night.  You can do the movie night at a theater, where you may even be able to rent out a theater for the evening, or in someone’s home.  You can choose any theme for the movies, but we do like the idea of picking a theme.  Is the bride an older bride?  What about a John Hughes movie extravaganza?  Is the bride a bit of a bridezilla?  How about choosing movies that feature over-the-top weddings like Steel Magnolias or My Big, Fat Greek Wedding?  Is the bride a fan of gangster movies?  Who can forget the wedding in The Godfather?   We also love the idea of the modern fairy tale.  The live action version of Beauty and the Beast was visually stunning, and who can resist the timeless allure of The Princess Bride?  Make your movie night complete with candies, popcorn, and sodas. 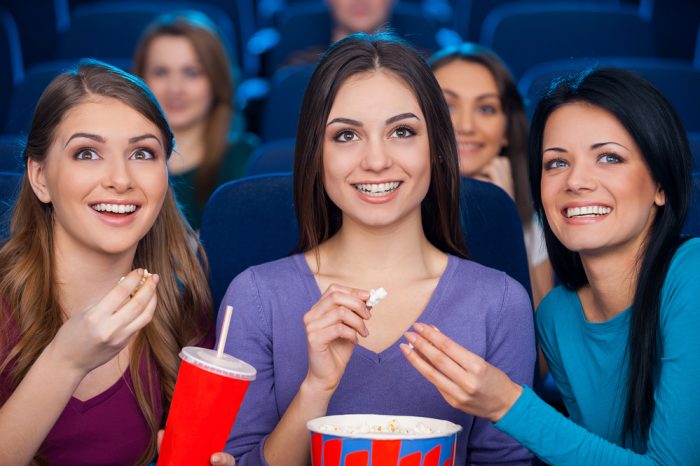 There is something about a game night that makes it a great way to break the ice, especially if the guest list includes lots of people who do not know each other.  We are fans of a game night for a bachelorette party.  For a naughtier party, we recommend games like Cards Against Humanity or Bad People, but there are plenty of PG games out there that can help you create a great game night.  Some of our favorites include: Cranium, Settlers of Catan, most trivia games, Pictionary, Code Names, and Exploding Kittens.

Of course, a game night does not have to look to board games.  There are a ton of customizable, clean bachelorette party games that are more like traditional shower games than traditional board games.  They are described below; you can include them in a game night or simply as an icebreaker activity at the beginning of any type of bachelorette party.

In this section, we are including different activities that are known to be great group-activities that help build team camaraderie.  This is not an all-inclusive list, but should give you some ideas of great group activities for a clean bachelorette party.

Laser tag or paintball, there is something very exhilarating about shoot ‘em up style games.  While many people think of these as “guy activities,” they are very popular with bachelorette groups.  We do caution you, however, to avoid paintball if the bachelorette party is close-in-time to the actual wedding; some people bruise a lot during paintball games. 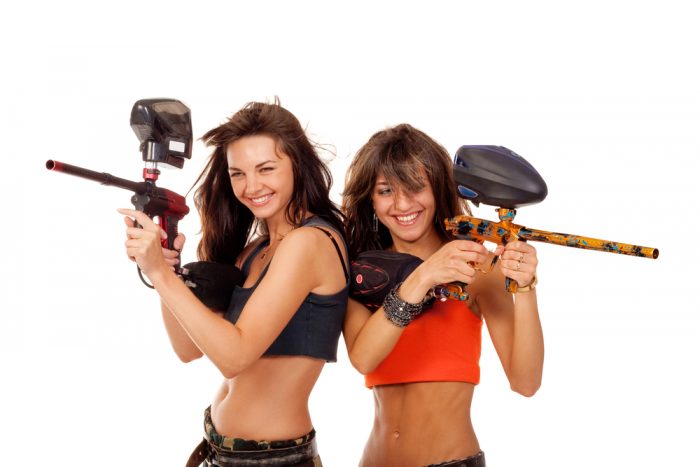 Head out to a paint night at a local painting place, where a professional artist will lead you through a step-by-step tutorial to create your own masterpieces! 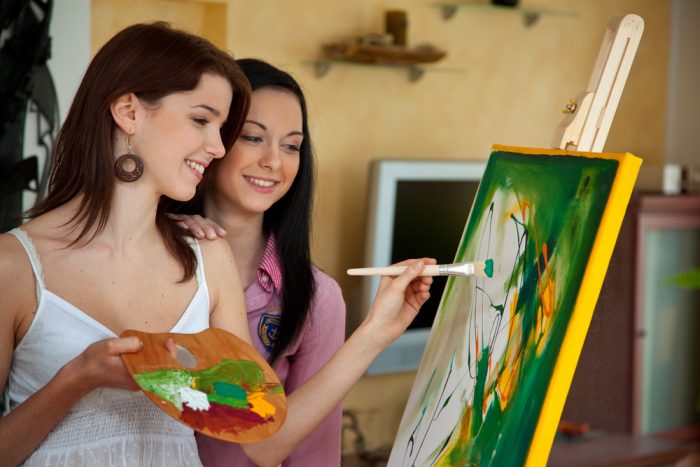 Scavenger hunts, especially city-wide scavenger hunts are a very popular adventure activity.  Make your own list or use a service that offers competitive scavenger hunt games.  You can also purchase pre-made bachelorette party scavenger hunt lists, but make sure and read the list before you buy them; many of them are adult-oriented.

If you love puzzle games, then consider checking out an escape room.  These activities lock your group into a room and give you a set time (usually an hour) to get the clues you need to solve a mystery and escape.  Some cities even have wedding themed escape rooms!

Whether you make it a weekend and head to someplace huge like Disney or Universal or simply go for the day to a nearby theme park, amusement parks are a great, clean way to have fun with your girlfriends. 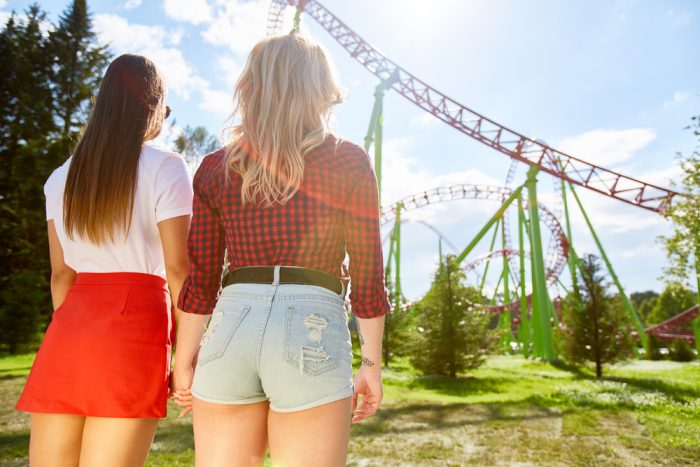 Games that Sound Dirty but Are Not

Wrap a box with a party favor in layers and layers of wrapping paper, and use plenty of tape.  Give everyone oven mitts that cover both of their hands, and set a timer that will go off every ten seconds.  Each person has ten seconds to try to unwrap the box, then has to pass it to the next person in line.  The person who gets the box open and gets the favor out of the box gets to keep the box.  A surprisingly fun and competitive game, you might want to wrap multiple boxes with favors if you have a large number of guests.

Pass around beach balls to everyone in the group.  The first person to completely blow up the beach ball wins.

Did you ever see the TV show Minute to Win It?  If so, this game will seem familiar.  This one requires some set-up and is best played as part of a team game setting.  Take a tissue box and punch small holes through the opposite ends, then lace a string through the holes.  The string should be long enough to tie around someone’s waist.  Fill each tissue box with ping pong balls.  Tie the string around the contestant’s waist with the box in their lap, have them take a seat, and then they must move around, getting the balls out of the container.  The first one to empty their box wins.  Another variation of this game would be more like twerking, with the box tied so that it is over the contestant’s rear. 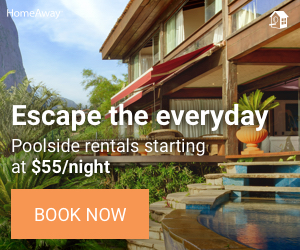 Place a bunch of plastic rings on the ground.  Tie fishing hooks to fishing line and a thin dowel, so that they look like homemade fishing pools.  The players then have to use them to hook as many rings as they can in a set period of time.  Worried about using sharp fishing hooks?  Try Christmas ornament hooks instead.

This is a partner game.  One person from each team stands at a preset distance from the other person.  One person is the thrower and the other is the catcher.  The thrower gets a bucket of plastic Hawaiian leis, and attempts to throw them around the catcher’s neck.  The catcher can move, but cannot use her hands, to help catch the lei.  At the end of the time period, the team that has the most leis around the catcher’s neck wins!

If you have ever been to a frat party, then you might already be familiar with this house-party staple.  However, you may not realize that this drinking game is just as much fun when you are sober.  Lay out a pack of cards on a table or other flat surface.  Give all players a straight plastic straw.  Set a timer.  Players will use a straw to suck up a playing card, race across the room, and blow their cards into a bucket.  The player who gets the most cards in the bucket by the end of the time period wins!

Get a bunch of plastic necklaces (we like Mardi Gras-style beads) and put them in a pile on the table.  Each player gets a chopstick.  The players hold the chopsticks in their mouths and use them to pick up the necklaces and then fling them, backwards, onto their necks.  The game is very challenging.  Set a timer; the player with the most necklaces on at the end of the time period wins.

How Well Do You Know the Groom?

This game is best played with the bride on one side and all of the bachelorette party guests on the other side.  Before the party, have the groom fill out answers to some questions about himself and about the happy couple.  Typical questions might include things like Where was your first kiss? or What is your favorite color?  Ask about 20 questions.  Some should be easy questions to answer, but make some of them challenging enough that it takes someone who really knows the groom to answer them.  Then, pit the bride-to-be against all of the guests in a competition to see who can answer the most questions about the groom.