Do Men Cheat at Bachelor Parties? 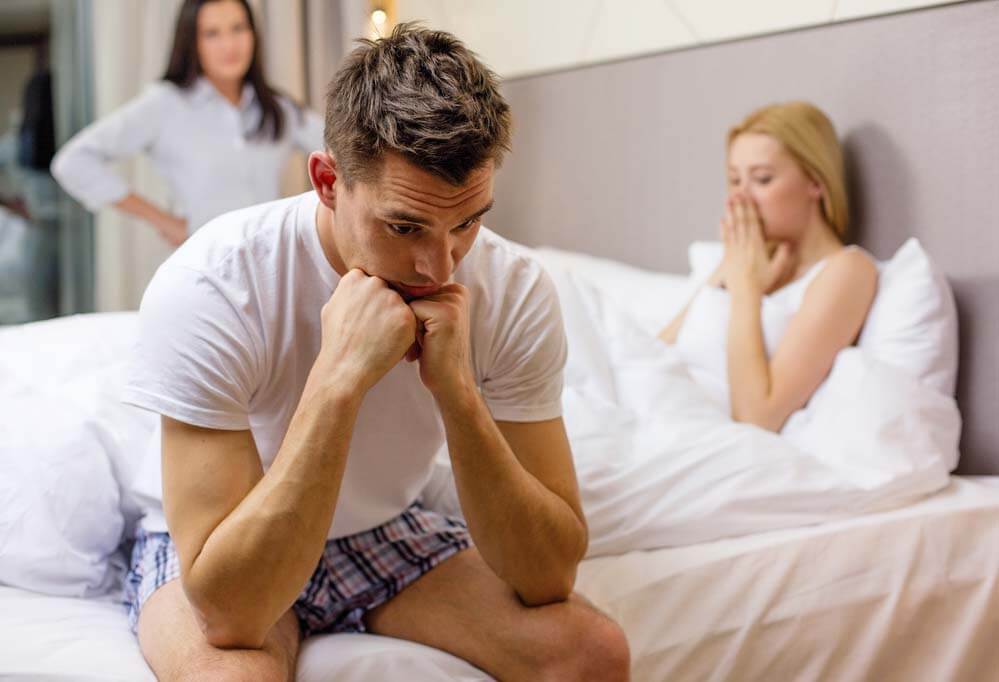 Do men cheat at bachelor parties?

While many grooms still engage in sexual adventures at their bachelor parties, more than twice as many do not. The overwhelming majority of best men, though, report having sex at bachelor parties, but these men may not be engaged or married so their sexual encounters cannot be regarded as cheating (except perhaps by girlfriends). Certainly, a bachelor party can include all or a number of married or engaged men, so the cheating question would apply equally to them. The composition of other bachelor parties, however, may include all single men besides the groom. This means that the only man at a bachelor party who always has established ties with a significant other is the groom, so it is not surprising that the majority of the research to date has focused on this issue.

It should also be noted that many men feel pressured to have sex during their bachelor parties. This pressure, combined with free-flowing booze (and/or illicit drugs) and exotic female entertainment (e.g., pole and lap dancers, strippers, hookers) creates a sex-charged atmosphere that many young men are unable to resist, especially when they are being cheered on by their bachelor party friends.

While precise figures are not available, the research to date indicates that about 33 percent of all grooms engage in sex at their bachelor parties as well as 90 percent of best men. In addition, other research has shown that married men at bachelor parties are far more likely to engage in sex than the groom and are the  ones who really want the strippers and sex, and some grooms even report feeling like they are being held prisoner at their bachelor parties. Furthermore, empirical observations from the field also indicate that few grooms actually intentionally set out to have sex at their bachelor parties and it is rather the combination of pressure from their groomsmen and booze (and/or drugs) that actually compels them to do so. In fact, a recent only survey of more than 340,000 married men and women (aged 21 to 35 years) found that nearly half (47%) of bachelor parties included exotic dancers, and a majority (58%) of grooms reported receiving some type of sex toy as a gift.

Does this mean these men are cheating? Well, answering this question depends on the definition of cheating used, but most reasonable people understand the concept of cheating as some type of violation of their partners’ expectations and trust whether they are married yet or not. Moreover, the legal definition of “infidelity” that includes adultery by one spouse is applicable only to married couples. Therefore, in this context, engaging in sex during a bachelor party might be considered cheating by some, but it is important to note that this concept will differ. Some brides-to-be may actually tacitly accept and perhaps even openly approve of the tradition of their husbands-to-be sowing their sexual oats one last time in a socially acceptable fashion and provide their permission for them to do so. Nevertheless, researchers have found that women who give their permission for their fiancés to engage in some level of sexual activity (e.g., licking whip cream off a stripper) are ultimately hurt when their spouse-to-be goes through with these activities at their bachelor parties, and the residual fallout from these escapades can have severely damaging effects on the marital relationship that follows.

It is also important to note that cheating can be conceptualized along a continuum that ranges from the fairly harmless to full-blown (excuse the pun) sex acts. This means that merely going to a strip club, having a lap dance or even flirting with other women at clubs during a bachelor party may be considered “cheating” by some fiancées while others may consider these types of activities as just harmless fun that is expected to take place at bachelor parties. Conversely, some women may consider these types of otherwise-harmless sexually related activities (including just holding hands) as being a type of emotional cheating which can be even more devastating for a relationship than physical cheating.

Women who feel more insecure about their relationships with their male partners may regard even “bumping and grinding” on the dance floor with other women as cheating while those who are more secure in their relationships will likely overlook or disregard such activities. Therefore, not only does cheating exist along a continuum, there are fundamental differences in how these behaviors are viewed by brides-to-be based on the type of relationship they have with their men. All of these factors combine to make answering the question, “Do men cheat at bachelor parties?” a highly subjective enterprise in which a number of variables must be taken into account. Of course, the best way to determine whether a type of sexual activity at a bachelor party is considered cheating by a fiancée is simply to ask her, but many grooms may be highly reluctant to broach this issue, especially just prior to exchanging vows — presumably for life.

Tellingly, most grooms who have sex at their bachelor parties subconsciously or consciously consider it cheating on some level and don’t need to ask anyone at all whether it was cheating or not. In fact, most grooms (around 92%) lie about their sexual escapades at their bachelor parties for the rest of their lives, suggesting that even if they did in fact have “permission” from their brides-to-be, they felt sufficiently guilty about engaging in sex with another woman (or women) prior to exchanging marital vows that they felt they had to conceal the fact. It is also important to note that men who cheat on their significant others at bachelor parties may be far more likely to repeat the pattern after they are married, suggesting that fiancées have a legitimate reason to object to the tradition.

Although the jury may still be out on the question as to whether men cheat at bachelor parties or not, what is known for certain is that in an age of increased gender equality as well as the threat of HIV and other scary STDs though, the tradition of having sex at bachelor parties has changed and increasing numbers of men are opting for bachelor parties with no sexual encounters whatsoever. In fact, the stereotypical “Hangover-esque” type of boozy bachelor party where the sex also flows freely is changing and it is reasonable to suggest that a “traditional bachelor party” in the near future will not include a sexual element at all. Indeed, the recent online survey described above found that just 2.6% of the married male respondents reported having a one-night stand as part of their bachelor party activities. These findings suggest that the popular notion of modern bachelor parties being all about sex are exaggerated, but this does not answer the question as to whether those that do are cheating. The only real answer to this question would be to avoid having any sexually related activities involved at all, and this appears to be the case today.

Growing numbers of bachelor parties involve wholesome male-bonding activities that are intended to provide guests with lifelong memories. Many bachelor parties today are featuring activities such as hunting or fishing, playing some football or Frisbee and sharing old stories and making up new ones, all while drinking too much beer. Others are opting for adventure-themed bachelor parties such as mountain climbing, white water rafting, zip lines, charter cruises or even driving tanks, firing machine guns and generally blowing stuff up. In fact, growing numbers of couples are having a combined bachelor/bachelorette party which presumably eliminates the cheating question altogether. Until that time, though, some men will continue to honor this age-old tradition by including some type of sexual escapes at their bachelor parties and the debate over whether this is tantamount to cheating will continue.

The answer to the question, “Do men cheat at bachelor parties?” depends on how cheating is defined and what types of sexual activities are involved. If brides-to-be regard the tradition of men having sex at bachelor parties as being socially acceptable, it is reasonable to conclude that there are no violations of expectations and trust involved and therefore no cheating is involved. Nevertheless, because the majority of men who engage in sex at their bachelor parties conceal the fact for the rest of their lives, it is also reasonable to conclude that even when permission is obtained in advance, these men regard their sexual exploits as cheating. Therefore, the question, “Do men cheat a bachelor parties” can be answered largely in the affirmative, even in those cases where the groom receives tacit or outright permission from his fiancée.